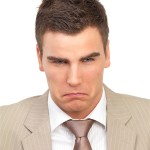 MSN Money posted an interesting article on the topic of which gender made for the worse driver.  According to government and insurance industry statistics men are more likely than women to break traffic laws, drive under the influence, and be involved in accidents, including fatal ones.  Unfortunately, it’s not all good news for women drivers.  One statistic in which they led men was the percentage of women who received a DUI.  While men typically had more DUIs than women, the percentage of women receiving DUIs was actually increasing, while the percentage of men receiving them actually declined.

While these general assumptions might determine which gender was the worst drivers, they didn’t necessarily transfer into lower insurance premiums for women.  Those were based on more specific factors, including an individual’s driving record and the insurance company.