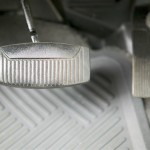 The Lexington Herald’s Kentucky.com reported on consumer data gathered by the federal government revealing 34 deaths linked to sudden acceleration in Toyotas since 2000.  Complaints related to acceleration in vehicles have surged in since Toyota’s recalls were announced.  According to the article:

The new complaints reflect the heightened awareness of the massive recalls among the public and underscore a flurry of lawsuits on behalf of drivers alleging deaths and injuries in Toyota crashes. Three congressional hearings are planned on the Toyota recalls.

In the past three weeks, consumers have told the government about nine crashes involving 13 alleged deaths between 2005 and 2010 due to accelerator problems, according to a NHTSA database. The latest reports are in addition to previous complaints from consumers that alleged 21 deaths from 2000 to the end of last year.

According to Toyota spokeswoman Martha Voss the company takes, “all customer reports seriously and will, of course, look into new claims.” According to Voss, Toyota was taking steps to improve quality control and investigate customer complaints more aggressively.

The data by the federal government suggests that Toyota knew or should have known of acceleration problems as far back as 2000, yet waited until recently to issue a massive recall of vehicles.  This has led the federal government to question Toyota’s commitment to safety and has shed light on its secretive corporate culture that encourages quiet design changes each model year over embarrassing public recalls.  While this corporate climate may have allowed Toyota to gain market share over the past decade, it has turned into a public relations nightmare with no sign of letting up any time soon.  More embarrassing information is likely to come to light before this issue fades.  Whether it will have a long term impact on Toyota’s reputation is yet to be seen.